I first became aware of what I call “Highway Memorials” in Mexico in the early 1970s, when I left the University of Mississippi to attend the Instituto Allende, an art school in San Miguel de Allende. As a nineteen-year-old kid with little direction other than possessing a camera and having the support of my parents, Mexico was the first “foreign” place I had ever been. My mother and I flew to Mexico City where we spent a week at the grand but faded Hotel Geneve, visited Frida Kahlo and Diego Rivera’s studios, as well as several museums. Then we took a bus to San Miguel de Allende. Our fellow passengers were the chickens that flew up from third class in the back of the bus to the first class section in front. All along the treacherous mountain road, with its hairpin turns, were quite elaborate and seemingly permanent roadside shrines to the people who had been killed on the highway. Most were enclosed, glass-fronted boxes and contained the Virgin Mary or a cross—or both—and plastic flowers, though some had fresh flowers. I also recall seeing children’s shrines that had teddy bears or toys, and I noticed drops of condensed moisture on the interior of the glass. These shrines made quite an impression on me, as we did not have anything like it in the States.

Years later, when I left New York City to return to Mississippi to reside in my old hometown of Sumner, I noticed when driving around the Mississippi Delta—and in the South in general—that roadside shrines were being erected and were uncharacteristically left in place, as they had in the past, usually been removed in a matter of weeks. Had there been some order by the Mississippi Department of Transportation (MDOT) not to plow them under? I wondered about that, and though I never fully investigated why this change had occurred, the poignancy and the sheer number of roadside shrines inspired me to start photographing them.

In the Delta, one spends a lot of time on the road, so this just seemed like a natural thing to record. (I must confess, though, that getting out of my car to photograph some of these shrines almost caused my own demise.) I started calling them “Highway Memorials,” about as direct a name as there is, and over the years I amassed a large number of photographs. The images featured here are from the 1990s and early 2000s. They were taken during my Rolleiflex years, and I particularly love seeing them in the square format. Recently, I noticed that roadside memorials are not being left up as long, and there seem to be fewer permanent shrines being erected. And now I know why: MDOT began removing the memorials for “safety and maintenance reasons” beginning in 2013. 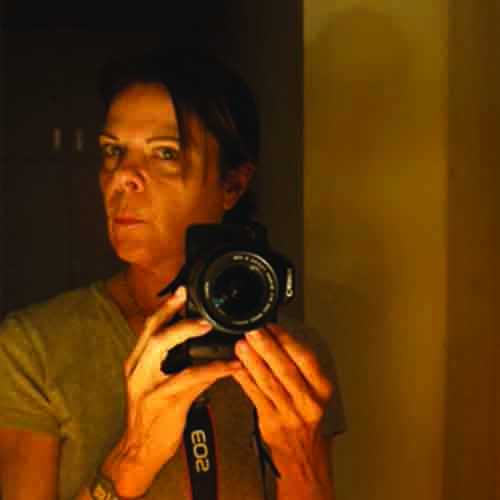 Maude Schuyler Clay was born in Greenwood, Mississippi. After attending the University of Mississippi and the Memphis Academy of Arts, she assisted the photographer William Eggleston. Maude’s work is in the collections of The Museum of Modern Art; The Museum of Fine Arts, Houston; The National Museum for Women in the Arts; and the High Museum in Atlanta, among others. The University Press of Mississippi published her monograph [em]Delta Land[/em], in 1999, which received the Mississippi Arts and Letters Award the following year. Maude’s second book, [em]Delta Dogs[/em], received the same award in 2014. From 1998 to 2002, she served as the Photography Editor of the literary magazine [em]The Oxford American[/em]. Maude’s most recent book, [em]Mississippi History[/em], with a foreword by Richard Ford, was published by Steidl in 2016. She continues to live and work in the Delta.