“I’m glad to make my own mark.
That’s something [my grandfather] would want me to do."

North Mississippi Hill Country blues musician Cedric Burnside was in his early 40s in 2021 when he was named a National Heritage Fellow. Despite his young age, Burnside had three decades of rich experience performing in the Hill Country blues tradition, notably playing drums for many years with his grandfather, Hill Country blues legend, R.L. Burnside (1926-2005). Cedric would later become active as a vocalist, guitarist and songwriter, receiving Grammy nominations for work that both honored local traditions and broke new ground musically.

Cedric Burnside was born in Memphis on August 26, 1978. He grew up in the Holly Springs area in a large household headed by R.L. Burnside and his wife Alice Mae, the parents of Cedric’s mother Linda. His father, Calvin Jackson (1961-2015), began playing drums and recording with R.L. Burnside in his mid-teens.

Cedric Burnside’s first exposure to blues was via house parties hosted by his grandfather that included Jackson and Cedric Burnside’s uncles Daniel and Joseph Burnside. Other family members, including his uncles Junior, Dexter, Duwayne, and Garry (who is close in age to Cedric), would also perform occasionally at the house parties. Cedric was also immersed in rural traditions, helping the family raise crops and tend to their animals.

In the early 1990s, the Burnside family moved to a home in Chulahoma, southwest of Holly Springs, that was next door to “Junior’s Place,” a juke joint run by Junior Kimbrough. Until this point, Burnside had mostly played drums on buckets, pans and cans; he now took every opportunity to play the drum kit in the club. In the mid 1990s, Calvin Jackson moved to the Netherlands, and Cedric Burnside became the regular drummer for his grandfather’s band. In addition to playing at Junior Kimbrough’s, Cedric Burnside began touring nationally and internationally with his grandfather, who had gained fame via his recordings on Fat Possum Records. He appeared on multiple R.L. Burnside albums and played drums on the recordings of other artists from the region, including the North Mississippi Allstars, his uncle Duwayne, and Kenny Brown (R.L. Burnside’s guitarist); he also toured with Brown as a duo.

His first albums were Burnside Exploration (2006), recorded with Garry, followed by two collaborations with Lightnin’ Malcolm. As the Cedric Burnside Project, he recorded The Way I Am (2012), featuring rap lyrics by his brother Cody (1982-2012); and the Grammy-nominated Descendants of Hill Country (2015), featuring Garry Burnside and Trenton Ayers, son of Hill Country blues veteran Earl “Little Joe” Ayers. His first solo album was the Grammy-nominated Benton County Relic (2018), followed by the critically acclaimed and GRAMMY winning album, I Be Trying (2021), which features him on guitar and mixes traditional hill country sounds with new compositions.

Burnside gained acclaim among blues fans for his powerful and enthusiastic drumming, as well as his off-stage charm and poise. He is the recipient of multiple Blues Music Awards and Living Blues Awards. Shortly after receiving the NEA National Heritage Fellowship, he began appearing in the touring musical Voices of Mississippi, based on the fieldwork of folklorist William Ferris. The musical, which was staged at Lincoln Center in early 2022, celebrates Burnside’s and other younger artists’ deep roots in Hill Country traditions.

“I’m glad to make my own mark,” says Burnside of his current music. “That’s something [my grandfather] would want me to do. Even though Hill Country is embedded in my heart, embedded in my blood, I kind of do what’s inside of me. Sometimes it might sound real old school Hill Country, and sometimes it may sound modern, but I just play what I feel. I’ve got so much music inside of me and I doubt if I’ll get it all out before I leave this world, but I just want to put it out there so people can relate to it and understand it.” 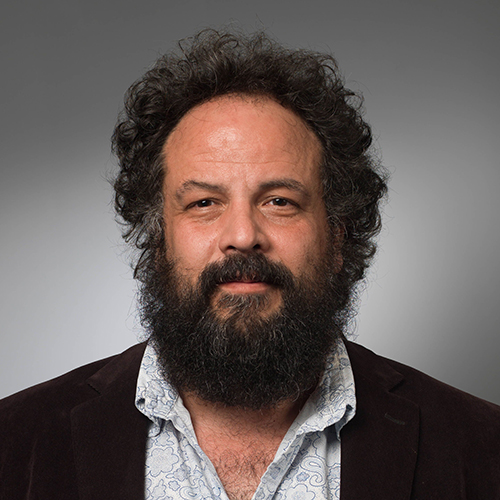 Scott Barretta, a resident of Greenwood, is a writer/researcher for the Mississippi Blues Trail and teaches sociology, including music classes, at the University of Mississippi. He is the former editor of [em]Living Blues[/em] magazine, hosts the radio show Highway 61 on Mississippi Public Broadcasting, and has written exhibits for the B.B. King Museum and the Grammy Museum Mississippi. In 2016 he received MAC’s Governor’s Arts Award.