Those living in and around Cleveland, Mississippi, have watched the evolution of Carolyn Norris’ artwork from the palette of her small garage door. Norris’s garage door paintings serve somewhat as a billboard of community memory, depicting the smiles of neighborhood children or the victory of the local ball team. Inside her neat home you will find paintings created on cloth, paper, particle board and sometimes canvas. A bust of the artist created by fellow Bolivar County creator Emma Lytle sits stoic in the corner of the studio, showing just one of the many faces of Carolyn Norris.  For those outside of the area, a peak into the creative life and unique perspective of this self-taught artist can be found within the covers of, Spirit of the Delta: The Art of Carolyn Norris.

“Black Madonna,” a pivotal piece that pushed Norris to continue exploring her talents as a painter, was created while holding a baby to her breast with one hand and a brush to a wooden dresser drawer with the other. Norris started the image with house paint, and when that ran out she finished the project with a stash of face make-up gifted to her by a kind social worker. For Norris, paintings are inspired by the emotion of everyday life.

“I’m attached to ‘em while I’m doin’ ‘em, and after I get through with ‘em I’m through with ‘em,” Norris tells Tom Rankin in a 1991 interview included in the book. “And I’m ready to go on, because there is so much more I can get attached to, and pass on. Too much for me to hold on to.”

Norris was born in 1948 in rural West Virginia, sheltered from the realities of racial conflict and prejudice. She moved to Mississippi at age 22, following the father of her two oldest children to Bolivar County, where she, self-proclaimed, “grew up at.”

“You know, you only a child when you leave home, and nobody ain’t told you what’s gonna happen, look like. So you might say I experienced and learned and matured right here in the South.”

Norris’s experience in the South is explored in the interview with Rankin, where she not only speaks of her first sight of the magical, mystical cotton plant, but also of her introduction to the segregated South: a one-of-a-kind story about walking in the white entrance of a local drug store, only to have the pharmacist sit her down, buy her a coffee and explain the ways of the deep South. The Rankin interview does well to explore the painter’s inspirations and technical practice, including Norris’ tendency to paint for days and nights at a time.

Her life and influences are further explored in a warm, well-written introductory essay by the book’s author, Dorothy Sample Shawhan. Shawhan, chair emerita of the Division of Languages and Literature at Delta State University, is a close friend and mentor to Norris. Shawhan gives the reader a strong picture of Norris’s development as a self-taught artist, recounting the beginning of Norris’s role as a public art figure with her 1985 entry and placement at the Crosstie Arts Festival. An essay by Patti Carr Black gives context to the time and place of Norris’s creative development. She also works to create context for Norris as a “self-taught artist” and to break the stereotypes often associated with such terms in the academic art world.

“In the final analysis, Norris’s art cannot be described by a predominant style or a coherent cultural ethos,” writes Carr-Black. “Her work is simply embedded in its own time and place, in her life as a woman living in Cleveland, Mississippi, making a living as a cleaning woman, trying to shepherd her intense drive to paint.”

Spirit of the Delta: The Art of Carolyn Norris, includes 115 color illustrations created by Norris between the early 1960s and present day. Predominantly portraits and genre scenes, Norris uses multiple mediums, materials and techniques. No matter the method Norris employs in her work, the paintings are most often narrative, sharing the experiences of Norris, her family and her neighbors. This collection provides a unique perspective of communal life in the Mississippi Delta; one that broadens our understanding of place, space and experience in the modern world. 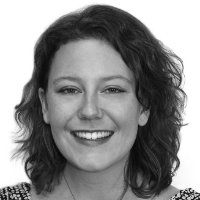