Winter comes to the lower part of the Pearl River basin almost overnight, and the region’s flora and fauna react just as quickly. Alligators burrow into river banks, coming out to sun themselves on bright days. Crabs and redfish swim inshore, seeking warmer water in shallower depths. Tulip poplars slow their growth and let their leaves fall to conserve energy. The area’s human residents pay attention to these changes, recognizing new opportunities for hunting and fishing as the weather grows colder. In the past, only the whims of nature compelled hunters and gatherers. Today, federal and state law also restricts when and how people can capture prey. In November, most hunters prepare for the opening of deer season, while many shrimpers transition into crabbing, typically beginning mid-month in Mississippi (and Louisiana). I interviewed two lifelong residents of the lower Pearl region as they prepared to shift from one season to the next.

Yancy Matherne, also known as Captain Yank, lives on a camp on the West Pearl River and makes a living shrimping and crabbing in the Gulf. “It’s three hours by boat from my camp to where I shrimp,” he said. “I know all the water from Grand Isle to Pass Christian, because I follow the shrimp. In and out. There are so many marks and trails on my plotter in my boat to places I’ve been that you can’t even tell are water. They used to be land.”

The lower part of the Pearl functions as the state line between Mississippi and Louisiana, which gets complicated an hour or two from the Gulf, as the river splits into two main channels, and continues to branch apart as it becomes brackish and eventually hits Lake Borgne. The west branch of the river is Louisiana, and the east is Mississippi. The swamps and marshes in between remain isolated and teeming with wildlife.

Matherne’s camp is just upriver from Indian Village boat launch, named for the area’s original occupants, various Native American tribes including, most recently, the Acolapissa, who had villages around lakes Pontchartrain and Maurepas, and near the Pearl River, into the 18th century. Choctaw also traded up and down the river, and some lived in the area as part of settlements of Creoles and free people of color.

Today, the region is a mix of people who grew up working and living on the river, and suburbanites spreading further from nearby cities like New Orleans, Slidell, and Biloxi. “Most of my neighbors don’t do this,” said Gary Parker, a retired electrician who started hunting and fishing around the Pearl in the 1970s. “I take people on the river and we go frog gigging and I say, ‘Hey, grab that,’ and they say, ‘Man, I’m scared of that thing.’ That’s why I like to get my kids and grandkids involved. I make them bait trotlines and take out the hook from what they catch.”

“I grew up in a culture of no waste. Whatever my dad caught and brought home got eaten."

Parker lives about an hour upriver from Matherne, and takes trips to Indian Village routinely to buy Captain Yank’s 16-20 count shrimp fresh off the dock for $3 a pound. “When I’m shrimping, I usually stay out there for three days,” Matherne says. “We work long days, too. Probably 14 to 16 hours. It ain’t like a regular job. Shrimpers don’t have that.”

Matherne turns 58 this year; he started shrimping at 13. The camp he grew up in didn’t have electricity or running water until he was seven. “We had an outdoor toilet and lanterns for light. My dad shrimped, crabbed, fished, and hunted alligator, so that was just the way we lived,” he said.

There are some commercial fishers in the main channels of the Pearl, catching catfish mostly, but that is increasingly rare. “You get what you get for tiny shrimp, maybe 40 or 50 cents a pound. You can’t make a living doing that,” Matherne said. The most commercially desirable fish are in brackish marshes as the river’s channels split into infinite paths, surrounded by tall grasses. “That’s where you’ll find flounder, redfish, and speckled trout,” he said.

Changes upriver, like a reservoir built near Jackson in the mid 20th century, can reduce the flow of fresh water to these marshes, altering salinity levels and threatening fish and oyster populations. Dams and weirs also stop salt water species that spawn in fresh waters like the sturgeon from moving upstream. A persistent logjam in the Pearl near Bogalusa, removed once in the 1980s and again mid-2018, has also intermittently reduced flow to the western Mississippi sound.

Some of the earliest funded projects from the BP oil spill settlement focused on restoring the area near the mouth of the east Pearl for oystering. Called the Bayou Heron living shoreline project, fifty million dollars is being spent creating new marsh and building oyster bottoms starting at the mouth of the river and going six miles east toward Bayou Caddy. Advocates worry that upstream changes to the river will threaten these projects, as well as the delicate populations of fish and oysters living in the marshes. “The fish will leave if it gets too salty,” Parker said. “We need to maintain clear channels upstream and that requires cooperation with people who are sometimes more concerned about their own backyard.”

Locals catch freshwater species recreationally, including bass, perch, and catfish. “You take a sack and you put it in the river, and you fill it up with cornmeal,” Parker said. “When it’s full of minnows, you run those on a trotline, and you’ll be catching twenty-, thirty-pound catfish. My grandbaby caught her first eighteen-pounder the other weekend. I can’t tell her I’m going to the deer camp next weekend, or she’d be mad she isn’t going. I’ll have to sneak away.”

Parker spends the weeks leading up to deer season prepping his camp, a rugged set up used to store needed equipment and food supplies during weekend hunting trips. “We’ll spend all weekend out there, and something will get killed. If deer don’t cooperate, we’ll be shooting hogs,” Parker said.

The state classifies wild boar as a nuisance animal, and they can be killed year round. “Big old boars get too tough to eat. Some people say there ain’t no bad hog, but I say yeah there is, if you have to leave the house when you cook it. There’s hundreds of thousands of them running around. Just use one that weighs 50 or 60 pounds,” Parker said.

“Yeah, the big ones ain’t no good,” Matherne said. The best one I ever had my daddy took about a sixty-pound boar and boiled it in a big pot with crab boil, and then he smoked it the rest of the way. That was good...it had the flavor through it. He owned a bar, and everybody at the bar tore it up.”

Duck hunting is also a common fall and winter pastime in the marshes. “We always smother our stuff down with onions, that’s how I cook duck,” Matherne said.

“We’ve got two or three ways to cook it,” Parker said. “My mother, who was the best wild game cook that ever lived, used to require wood ducks for dressing every Thanksgiving. Now, she’s passed away, and we usually take them and we filet them out and take some cream cheese and garlic and jalapeño and roll it up and wrap it in bacon and grill it. We do the same thing with deer backstrap. Kind of beat it down and flatten it out and roll that mixture up in it. It comes out really good.”

Parker also cooks turtles, if he happens to catch one. “I grew up in a culture of no waste. Whatever my dad caught and brought home got eaten. Rabbits, ducks...fried squirrel that would fall off the bone. We loved to see a big platter of fried white perch come out, but the best thing my mother made was seafood gumbo,” Parker said.

After the crabs have been caught and the deer killed, it will get warmer again in the Pearl River basin. Captain Yank will be back on his shrimp boat and Gary will be waking up early to catch frogs, making the drive to Indian Village afterwards to meet Matherne at his boat. It’s a way of living that they both hope continues into the future. “I’m afraid that one day people won’t be doing this, and we won’t be able to get it back,” Parker said. “That’s why I try to get young people involved. There’s a lot going on out here on the river that people don’t know about.” 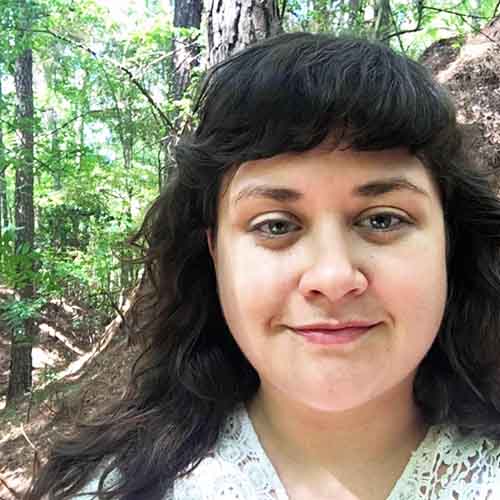