Time blesses us with many gifts like wisdom and finely aged bourbon. Everyday Seem Like Murder Here, the posthumous debut album by Hayes McMullan, gives us finely aged 1920s Mississippi Delta dancehall blues from someone who lived well past his contemporaries Charley Patton and Blind Lemon. Though Patton and Lemon recorded their first music in the 1920s-30s, McMullan didn’t enter a studio until 1967.

The accidental project began with Gayle Wardlow’s search for original Mississippi Delta Blues recordings and McMullan walking out of a store in Sumner, Mississippi. Wardlow almost settled for old stories about Patton in lieu of records, but decided to take a chance on seeing if Hayes was still a blues man after 40 years. Wardlow recorded the 55-year-old former bluesman with a borrowed guitar and a small bottle of whiskey in a shack house on a plantation in Tutwiler, MS. After a few minutes correcting Wardlow on his field notes, McMullan sang and played enough to convince Wardlow of a better idea: get him into a recording studio.  Although it was McMullan that needed convincing to finally go into a recording studio after saying no 40 years prior.

A bottle of Old Crow may have jogged McMullan’s memory, but his skills were refreshed rather quickly for someone who gave up performing for 40 years. “Delta Walk,” the only instrumental track, is a masterwork, particularly that of one who picked up a guitar at 4 years old and played mostly by ear. On “Fast Old Train,” McMullan conjures Patton and Blind Lemon’s playing style while marrying his matured voiced approach that sounds as much early country as it does Delta Blues, both of which feel like a grandfather playing on a front porch rather than in a studio.  McMullan’s years in the church as a deacon may have crept into “Look a Here Woman Blues,” “Goin Away Mama Blues,” and “Hitch Up My Pony.” The cadence—reminiscent of the Mississippi Delta’s praying deacons— like the ones in my grandparent’s church or that I heard on Clarksdale’s WROX in the 80s- is one that tempers a congregation into silence except for the spirit that keeps shoes tapping, or keeps a row of cotton choppers on task across an open field.

The cadence—reminiscent of the Mississippi Delta’s praying deacons—is one that tempers a congregation into silence except for the spirit that keeps shoes tapping, or keeps a row of cotton choppers on task across an open field.

On Everyday, McMullan tries to be more of a perfect informant rather than performer, correcting himself by stopping the recording several times for forgetting lyrics he was supposed to use, lyrics from his early playing days that may not apply to 1967 or the life of someone who’s lived past his contemporary, Charley Patton, even though he finishes the song. Aside from the recording technology, what had changed between 1927 and 1967 for the blues? For Mississippi? for McMullan?  These are questions that leave one wanting to know more about the interview recordings as the snippets used for the album, which mainly center on Charley Patton and little on McMullan, and might make it seem that McMullan was more of a sideman than a feature performer when it comes to the music tracks.  McMullan’s journey from blues man to church deacon, even to Civil Rights worker registering black voters in 1960s Mississippi Delta are only found in small references in the liner notes. What is known is that McMullan believed that his brother Tom, who taught him how to play the guitar at four years old and a fellow performer, was poisoned in 1930 and Tom’s death was a catalyst for Hayes to make that familiar mythic journey and leave off playing the blues for the Church.

Hayes McMullan never intended to record music, but Everyday Seem Like Murder Here is truly just “a spoonful” of what we know about his life and talent on earth. Everyday seems more suited for aficionados who want to venture beyond their well-known idols, but to not listen is criminal and one deserves a trip to Parchman for not doing so.

Everyday Seem Like Murder Here is released by Light in the Attic Records. 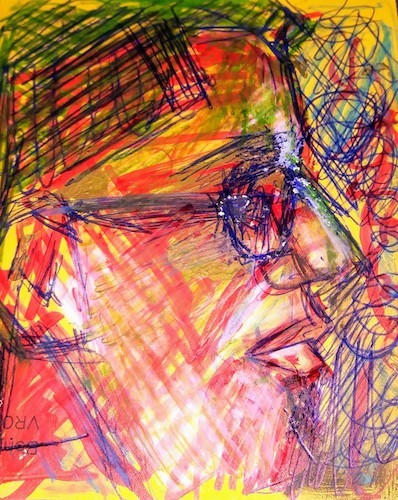 Antonio was raised in Mississippi by his grandparents on New Africa Road. He is an expert journal reviewer and educational researcher, analyzing lived experiences through a black masculinity framework. When he is not managing projects, Antonio engineers Black Man Writing on tumblr.