The name for a Northeast Mississippi hamburger changes, according to the café that is making it. At Borroum’s Drug Store in Corinth or BJ’s Corner Café in Iuka, you will hear it called a slugburger. Wally Rakestraw at Latham’s Hamburger Inn in New Albany and David Kidd at The Butcher Block in Pontotoc serve what they call doughburgers. In Booneville, inside a trailer converted into a café called Weeks Diner, they’re called hamburgers, although they used to be known as Weeksburgers. Willie Weeks says that his grandfather brought the recipe down from Chicago to Mississippi in the early twentieth century.

A Mississippi hamburger—or slugburger or doughburger or Weeksburger—contains various origin stories, and most of these stories point to the town of Corinth as the beginning of the tradition. This is likely because Borroum’s Drugstore on the town square has been frying up slugburgers just about since it opened in 1865, making it the longest continually operating pharmacy in the state. Though it cannot be confirmed whether the state’s slugburger tradition started at Borroum’s, Corinth can claim the annual Slugburger Festival, which takes place in late July and includes a slugburger-eating contest. While banners dotted around downtown depict a garden slug between two hamburger buns, it can be confirmed that the town’s famous sandwich doesn’t contain any of these slimy creatures. Rather, the name refers to the slang term for a nickel, which came into usage during the Great Depression. Back then, the burgers were sold for a nickel, thereby giving them their memorable name: slugburgers.

Necessity was really the mother of the invention of this enduring local foodway.

No matter what they’re called, hamburgers in North Mississippi have one thing in common: the patties are mixed with a little bit of meat and mostly filler, like soymeal, bread crumbs, flour, or potato flakes. The patties were—and still are—extended with grain so that it lasts longer, makes your money go farther, and fills your belly longer. Necessity was really the mother of the invention of this enduring local foodway.

Oh, and they’re fried. More often than not, you will find them dressed with just mustard, pickle rounds, and slices of white onion.

While the name may vary from town to town and café to café, there is a lot of cultural history that binds this Mississippi burger’s story together. Hard-working people in working-class counties consume slugburgers in small downtowns where railroads howl through daily. The hours of the establishment usually work around a typical first-shift factory schedule: open by six when the sun comes up, closed at two after a lunch rush that’s contained within a thirty-minute break from the shop. The number of textile factories and chemical plants that once made these towns boom in the middle of the twentieth century has dwindled, but this unique sandwich still sustains the people—who continue to find value and sustenance in a burger that has become an icon of Northeast Mississippi.

Janice Milligan’s story reflects the history of this working-class food tradition. Hers is a testament to the struggle and the strength of how people work hard and hold their lives and those around them together, doing everything they can to keep a roof over heads and food on the table.

When people endure both economic despair and prosperity, they don’t forget the cooks or the meals that sustained them.

Janice helps her son, Robert Hudson, run BJ’s Corner Café in Iuka. She was born into a farming family in 1948 in nearby Burnsville, Mississippi, the middle child of five girls. Ms. Milligan spent her early school days in split sessions, meaning that during the cotton harvest she’d work the fields when her family instead of sitting in a classroom. Janice has spent her life working: on the line in textile factories and window pane plants, welding sheet metal, and driving truck trailers from New Orleans to Detroit. She describes her work history as a testament to her late father, Thurman Braddock, who passed onto Janice a piece of advice that serves as the spine of her own work ethic. “He said, ‘Sister’—that’s what he called me—‘Sister, if you cannot cover the ground you stand on, you get the blank off of it,” Janice recalled during my interview with her. “That meant if you can't do what you’re supposed to be trying to do, let it go and find something you can do. So I was a firm believer that if I couldn’t do it I wouldn’t do it, but I could do it. I never tried nothing except one thing that I could not do and that was crochet. [Laughs].”

After a year recording oral histories about these hamburgers, I have come to believe that they are not simple products of nostalgia. Instead, they remain a constant in small Mississippi towns. When people endure both economic despair and prosperity, they don’t forget the cooks or the meals that sustained them. Or, as David Kidd of The Butcher Block in Pontotoc told me,  “A doughburger is cheaper than anything else, but I don’t believe people would buy them if they didn’t like them. There’s something about a doughburger. If it’s hot and if it’s got the mustard, pickle, and onion, it’s just something that never goes away with you.”

Today, you can still take your pick of cafés around the northeast part of the state that serve Mississippi hamburgers. Or, if you happen to be invited to someone’s home in Corinth and get a peek into their refrigerator, you might catch a glimpse of a pound of pre-mixed slugburger meat that they purchased from their neighborhood grocery store. The tradition still runs so deep that people fry their own. 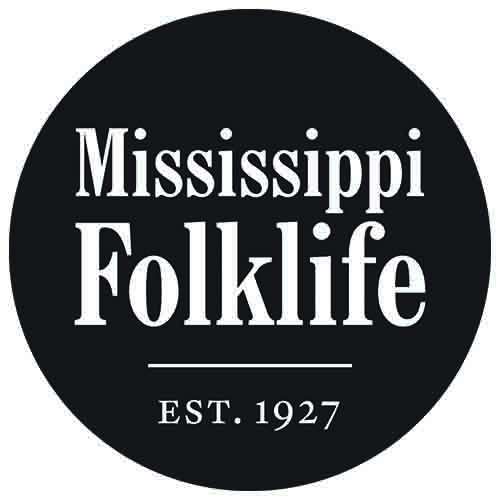 Sara Wood is the oral historian for the Southern Foodways Alliance. She documented stories of slugburgers, doughburgers, potatoburgers, and hamburgers for the SFA in the project, A Hamburger by Any Other Name.