As summer fades with fall's arrival, we introduce our second installment of Mississippi Stories, a series of short films produced by the University of Mississippi's Southern Documentary Project, highlighting everyday arts and cultural traditions throughout our state.

David Frazier of Purvis, is a warm-water fly fisherman and fly tyer who favors the small rivers and streams of Mississippi. For him, it's not necessarily about the catch, but the experience. He grew up fishing and added to the family tradition with his son: "It's my Dad's fault I fish, and my son's fault I fly fish." He says,

"The poetry and the art of fly fishing is the romance of the rod [to] the line, to the fly to the current, to the fish. It all just seems to mesh."

"We filmed this one morning on the Chunky River. It was drizzling and overcast so I almost called the shoot off, but we went ahead anyway, and I'm glad we did. The wet leaves made the fall foliage even more spectacular, and the cloud cover provided a nice soft light for the field interview on the river." 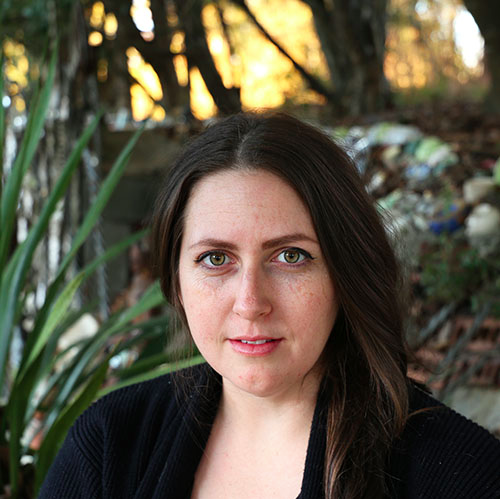 Jennifer Joy Jameson is a public folklorist and cultural organizer with an interest in documenting the ways culture shapes creativity, especially in rural spaces. She directed the Folk and Traditional Arts program at the Mississippi Arts Commission from 2014 to early 2017 and now works with the Alliance for California Traditional Arts in Los Angeles. From 2015-2017, Jameson partnered with local people in McComb, MS for the John Michael Kohler Arts Center’s current exhibition of Loy Bowlin’s Beautiful Holy Jewel Home called ‘The Making of a Dream: Loy Bowlin + Jennifer Joy Jameson’ (2017-2019). More about the work and writing of Jameson at www. jenniferjoyjameson.net