In this interview, Eddie F. Carter, Jr., shares the story of his grandfather, Will Carter who became the first black postal worker in the Sharkey-Issaquena area of the Delta.

I met Mr. Eddie Carter when he was 93 years old. We share roots in the Sharkey-Issaquena area of the Mississippi Delta, but we had never met before last year. His cousin, Andre Sias, was a classmate and friend of mine during our growing up in the rural, two-county Sharkey-Issaquena public school district. Andre, a young black boy, and I, a young white girl, started kindergarten together a few years after the US Supreme Court ordered our district to finally desegregate after years of state and local resistance. We shared classes every year and graduated from Rolling Fork High School together, and then we both headed to far corners of the world—Andre to the military, and me for school and adventure.

I had always heard my parents speak admiringly of Andre’s parents and older siblings who helped desegregate the white school under the so-called Freedom of Choice policy, which allowed black students to “choose” between the all-white school or all-black school in town. 1 My father coached one of Andre’s older brothers, and my mother had a deep affection for one of his older sisters. They had often told me about their deep respect for Mr. and Mrs. Sias for risking so much to take a stand for their children’s education at a time when many black families knew they would suffer heavily for going against the white establishment in Mississippi.

I knew Andre, and I knew pieces of his family’s story as local civil rights leaders, but I had never met Mr. Eddie.

In 2016, I asked Andre if any of his relatives might be interested in sharing their stories in an oral history project, and after he ran the idea by several elders in his extended family, he invited me to the 2017 Sias family reunion to record some interviews. As the oldest living family member, Eddie Carter’s name rose to the top of the list.

Our first interview, in July 2017, began an ongoing conversation between Mr. Eddie and me and has become an anchor of the ongoing Sias Family oral history project. Eddie Carter has seen much of the world through schooling, military service, and a distinguished professional career. But always at the center of the stories he shares are two things: the family land at Mayersville, in Issaquena County, and his grandfather, Will Carter.

Will Carter was a black man born around the time of emancipation to a mother who had been enslaved. Eddie Carter isn’t sure of his grandfather’s earliest history, but he said that Will was partly raised by white people, was able to “pass” for white, was registered to vote, and even served on a jury at a time when that was unthinkable for most black men in Mississippi. In his young adulthood, he refused to be a sharecropper and insisted on renting land to have more control of his crop and income. After a few years, Will Carter gained a reputation as a successful farmer, and white landowners began refusing to rent him land. With sizeable savings and the help of mysterious white visitors from New York, he was able to buy his own land, a farm called Anna Vesta. His hard work and shrewd business sense enabled him and his wife to secure the land for future generations, including Eddie Carter and his brothers and sisters. The land is now in a family corporation shared among Will Carter’s heirs.

In this video excerpt, Eddie Carter tells about how his grandfather became the first black postal carrier in the area. Will Carter was challenged by a white mail carrier who stole his application and prevented it from getting to Washington D.C. Aided by the white postmistress, he reapplied and was hired as a postal carrier, though he still faced white people challenging him due to his race. Later, during the Great Mississippi Flood of 1927, he carried mail by boat through the flood areas between Rolling Fork in Sharkey County and Mayersville in Issaquena County.

Eddie Carter: I would like to emphasize [clears throat] the purchase of, uh,  our farm by my grandfather, was 1917. We, uh, moved from that point, uh, approximate 1926. He bid, bidded on and acquired the mail route from Mayersville to Rolling Fork, uh, in spite of hazardous conditions.

But there’s a lady postmistress that helped him to have that idea. So he borrowed, uh, when, when, when he got ready to, to, uh, make his bid to Washington, DC, uh, for, for a mail carrier, uh, they said, well, people around said, “you crazy, you can’t carry no mail, there’s no way you carry mail.” So anyway, uh, he bid for it.

Uh, and the present mail carrier came by to Anna Vesta [the farm where Will Carter lived], out there right across, the place he originally bought, he came out and say, “well, uh, Will, you can’t carry the mail,” say, “here’s your, here’s your, here’s your bid” [holds up paper], say, “I know what you bid.”  And he went back and told that postmistress again—see, always some people help you—he told, she say, she say, “dammit!” He said she say, “dammit!” and, uh, “we gonna make it again.” Said, “I want you to go make this bid, I’ll get it notarized for you, we gonna take it to Ro--, I want you to take it to Rolling Fork. Wait ‘til the train come by, and when the train come by, you give it to them,” [makes a throwing motion]. So he, that’s what he did.

Uh, and then when they got the mail, the same rural mail carrier that was presently carrying the mail came out with three or four other people, and my dad and my other uncles, one of them, there was three or four of them standing together, raining—she say it was muddy—uh, the present postmaster—I, present mail carrier, uh, decided that he would, uh, advise him that, you know, he couldn’t carry the mail because at least, he knew at least three, four white families would kill a n****r about carrying the mail. And that’s what I want the book to be of. [laughs] My dad said he say, “Captain, I understand you take a .38 special”—which he did, and I know about that because he did in my lifetime—.38 special, say, “I’m going to carry the mail or die trying.” And, uh, [nods] he carried it, I was way, I [inaudible] another round or two besides that one. I had been to the army and back and all, and he’s carrying the mail from that time on to I was almost grown.

During the ’27 [1927] flood, he was the mail carrier, so he was taking the mail from Mayersville to Rolling Fork, uh, during the ’27 flood, there was a boat caught afire. He had at least two customers on the boat with him, two, uh, people that would pay to go to Rolling Fork and pay to come back, you know, I mean, and he would pick up that, you know, for extra money. And, uh, and he would always show us his hands [looks down at hands], they were all burned, like arms and everything because of the fact the fire liked to got him, but he survived, and he, he kept his passengers safe. 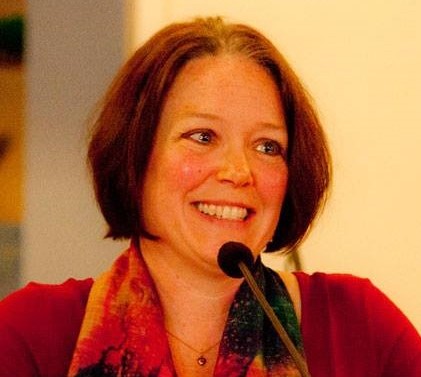 April Grayson is Director of Community Building for the William Winter Institute for Racial Reconciliation. A native of Rolling Fork, MS, April was Documentary Educator at the Institute from 2005 through 2008. She has led community oral history and documentary projects in Philadelphia, McComb, Tallahatchie County, and other communities. Her oral history project on the integration of the University of Mississippi School of Law and Medical School, in conjunction with Kate Medley, won the Mississippi Historical Society’s Oral History award. She has a Master of Fine Arts in Film from San Francisco Art Institute. Her short films have shown in film festivals, galleries, and museums in the United States, Canada, Europe, Africa, and South America. April is currently at work on an oral history project about the Sias family, an influential family in civil rights activism.