Chapter I: The Mule Train Collection

Who would have imagined in the spring of 1968, that a thin, timid African American girl with long ponytails would one day help preserve the history of one of the most fascinating events of the civil rights era? That event is the Mule Train, a demonstration to raise awareness of America’s poverty crisis. Starting in May 1968, participants marched alongside mule-drawn wagons from Marks, MS to Atlanta, GA and then traveled by train to Arlington, VA. After deboarding the train, participants reassembled the mules and wagons to make their journey’s final stop in Washington, D.C.

I grew up on plantations in the Mississippi Delta, living in shacks surrounded by fields of cotton. As the eleventh child of a family of sixteen children, I understood what it meant to have little, but I dreamed big. And one day, an event that was merely a passing conversation from my childhood, became the focus of my art and my legacy 30 years later.

During the 30th Anniversary year of the Mule Train journey, quite a stir was happening in Marks, MS. At that time, I had connected with an older cousin, Bertha Burres, who served as secretary for the Southern Christian Leadership Conference Mule Train Planning Committee. Bertha, along with her six children, endured the expedition, and carefully documented details from Marks to Washington, D.C. I was inspired by Bertha’s reminiscent stories and textured handwritten notes, so in 1998, I began an artistic journey of my own.

I set out to commemorate the precious legacy of this moment in American history by creating a collection of art about the Mule Train. My initial works included in the collection are a 24-inch handcrafted wreath, a 4’ x 6’ relief sculpture that depicts the journey from Mississippi to D.C. and a 4’x 8’ sculpted image capturing the progress that had been made as a result of the Mule Train journey. Both of the sculpted pieces were framed by my late husband William Crawford. The collection also includes a commemorative art quilt that I made, which is signed by Martin Luther King, III. In addition to my artwork, the collection features a set of unpublished black and white photographs that were taken by photographer Chester Sherd during the 1968 Poor People’s Campaign.

The Wreath and Sculptures

The handcrafted wreath was the first piece of art that I made in the entire collection. Creating its rustic look was achieved using unique items like paper ribbon, packing peanuts, floral moss, and miniature figurines. I made a small wagon from weathered wood, and the wagon wheels were created from the ends of spools. The floral swag at the top of the wreath was inspired by Mississippi’s state flower, the magnolia blossom. I used repurposed magnolia leaves, a magnolia blossom that I photographed, cotton balls, fabric and other textures. I created the state map in the center of the wreath out of foam board and fabric. This map reveals the route of the Mule Train as they traveled through the state of Mississippi.

Inspired by an award-winning poem written by my then teen daughter Connie, I pressed forward in bringing history to the present through the creation of my mixed-media sculpture, entitled “Mule Train Journey Marks, MS to Washington, D.C.: Keeping the Dream Alive.”

The  journey may never be over
We still feel compelled to say,
That since May of ‘68
We’ve come a mighty long way.
We’ve come from little or no air to central air,
From little food to welfare.
From segregation to desegregation
From little schooling to higher education.
From little means of communication to
Cellular phones,
From little rundown shacks to nice brick homes.
Thanks to the hard work of the journey’s team,
We’ve come from having a dream to living a dream
Yes, we’ve come a long way since ‘68!
And to prove that the dream isn’t gone,
Let us celebrate Mule Train 2000
And Let’s Keep Moving On

This work expanded on the details of the journey beyond the state of Mississippi and includes a large map of the route in the center of the piece. My daughter’s poem is included in a framed document on the bottom right corner of the sculpture. Her poem is next to the schedule of the Mule Train, which I sourced from Bertha Burres’ handwritten notes. The 3-dimensional picture measures 4’ x 6’ and was created using several mediums including realistic and painterly style sceneries, hand sculpting, and upcycled goods.

In preparation for the Mule Train commemoration in 2000, I wanted to create a work of art that reflects on the past while celebrating the present as we work toward a brighter future. Much like the 4’ x 6’ piece, the 4’ x 8’ sculpture, entitled “Mule Train 2000” was the second large-scale work that I created for the collection. This work was inspired by another poem written by my daughter, which offered a general overview of the progress made from 1968 to 2000. My direction for this piece was by divine inspiration, and it is yet a work in progress.

To date, the piece de resistance of my collection has undoubtedly been the detailed art quilt, which measures 110’ x 110’. Like my other works in this series, this quilt chronicles the awe-inspiring story of a most critical time in America’s history.

From early childhood, quilts have had a piece of my heart. I come from generations of seamstresses as my mother and grandmothers were quilters. My first memory of seeing this beautiful artistry was on my Big Mama’s bed. When Big Mama would quilt, her hands would move across the fabric with such care and tenderness, much like her kind and tender heart. I was inspired.

Decades later, I gained my quilting experience working with a group of quilters at the Tutwiler Community Center in Tutwiler, MS. Unbeknownst to me at the time, this experience, which only lasted for a year, would be the turning point of my career as an artist. It prepared me for countless quilting journeys ahead, including the one I would embark upon in the late 1990’s when the Mule Train was being commemorated after 30 years.

When Big Mama would quilt, her hands would move across the fabric with such care and tenderness, much like her kind and tender heart.
I was inspired.

Creating the Mule Train Quilt felt natural, but with a supernatural source. Having to rely on the Creator who blessed me with my gift for art, I quickly knew that I could not control the artistic outcome of this project. I had to surrender, allowing Him to guide the project from conception to completion. I made the first cuts for the Mule Train quilt in December of 1998. As the buzz was growing around the 30 year anniversary, I felt the strong urge to do something. That passion intensified as I realized little had been done to preserve this precious history – this beautiful American history. Along with the passion to educate, all the small pieces would have to be assembled. The plans, the fabrics, needles, machines, even paints and brushes would have to come together for this feat. From the painting of the mountain top to cutting spool ends for wagon wheels, this mixed media work was like no other quilt that I had created before.

The Mule Train Journey was a climactic part of the Poor People’s Campaign, a nationwide movement that eventually landed on the steps of the Nation’s Capitol to raise awareness about the economic disparity and abject poverty that was striking the American south. The Poor People’s Campaign was organized by Dr. Martin Luther King, Jr., along with his Southern Christian Leadership Conference (SCLC) staff in 1968. He visited Marks, Mississippi in December 1967 and in the spring of 1968 to rally support for the movement. As a young leader, Samuel McCray remembers those days well. “Dr. King,” Samuel states in a 2005 quote, “announced the Poor Peoples’ Campaign when he visited Marks, Mississippi where he witnessed the worst case of human poverty he had seen – where entire families worked ten-to-twelve-hour days and were still unable to afford the bare necessities of life. Human beings in the most affluent nation on earth were working every day and starving. That rude awakening redirected his focus to basic human rights.” 1

In handwritten notes from Bertha Burres, she describes the day Dr. King came to Marks. Bertha writes, “Dr. King was in Marks for one day; the day he was here it was two days after it had rained. Water sat in the streets, and in yards, and the houses were rundown. The children had dirty noses, no shoes on their feet, and they wore clothing that was too short or too big. At the rally, he spoke of the situation that he had seen with tears in his eyes, and said, ‘The nation’s capital should be made aware of its poor conditions.’” Bertha then stated Dr. King’s declaration, “As sure as we march to Washington, we will start in Marks.” She continues, “King planned to return to start the march himself, unfortunately, he was unable to keep his promise as he was assassinated just a few days later in Memphis, TN, on April 4, 1968.” 2

After Dr. King’s assassination, planning for the march continued for weeks and was now led by the SCLC and dedicated citizens. On May 13, 1968, at 3:30 p.m., hundreds of citizens-turned-activists set their sights on Washington, D.C. Around the nation and the world, people witnessed – some in disbelief, some with disdain, many with hope – as the team of mules and wagons forged on to the nation’s capital. On June 19, 1968, the Mule Train arrived in D.C. to march alongside 50,000 others in protest, bringing  America face to face with truths that had been ignored for far too long. 3

The Mule Train Journey brought about long overdue change for millions of Americans. In his book Marks, Martin and the Mule Train, Dr. Hilliard Lackey calls attention to the progress achieved by that powerful march on Washington. “The nation reaped the benefits of the Fair Housing law passed while the Mule Train was passing through Alabama. Every school child enjoying a free or reduced meal in K-12 is reaping the benefit since school districts can no longer decline to participate.” He also highlights that, “Every college student receiving a Pell Grant can thank the Mule Train although it took four more years to get it approved by Congress.” 4

Today, we still work to make Marks, MS, the manifestation of King’s dream. Today we remember, with hearts full of gratitude, those who braved the unbeaten path to create change on our behalf. Today we still salute the mighty host of unsung heroes who held fast to their departure song, “Ain’t Gonna Let Nobody Turn Me Round!” 5 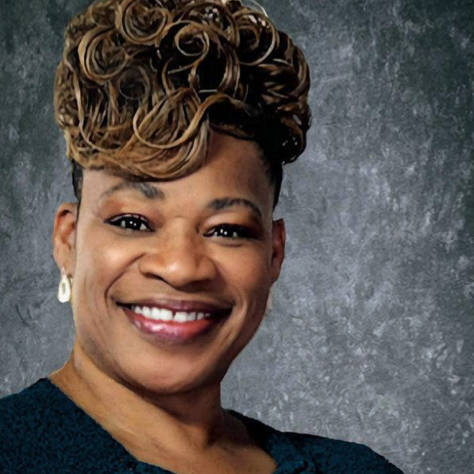 Betty Crawford has artistically honored her legacy through the depictions of familial and societal contributions, captured in time through her methods of art. She is a recipient of Congressional Records and MS awards.