Otha Turner (1908–2003), who received a National Heritage Fellowship in 1992, was the patriarch of the African American fife and drum tradition in northern Mississippi. Ethnomusicologists including David Evans suggest that this musical practice appears to have emerged after the Civil War, with African American musicians infusing the Euro-American military fife and drum tradition with distinctly African polyrhythms, riff structures, and call-and-response patterns.

The tradition was popular across the South, but remained particularly strong in North Mississippi, where fife and drum bands performed at annual community picnics and attendees danced well into the night.

"He was the man who taught the girls to be independent and do basically whatever they needed to do without depending on a man to get it done. That’s how he raised the family.”

Turner was born in Rankin County, and as a child he moved with his mother to northern Mississippi, where Sid Hemphill (1876-1963) was the patriarch of the local fife and drum scene at the time. Turner taught himself to play the fife, drums, and guitar as a teen, and for decades Turner and his wife Ada hosted picnics at their farm in Gravel Springs, located in rural Tate County. In addition to leading his own fife and drum group, Turner also played drums in bands led by fife players Napolian Strickland and Abe “Cag” Young, and sang at local house parties with blues guitarist Mississippi Fred McDowell.

In the late 1960s and 1970s, Turner’s music was recorded by folklorists David Evans and George Mitchell, and he was featured in the 1972 documentary Gravel Springs Fife and Drum, made by Evans, William Ferris and Judy Peiser. In its wake Turner began performing regularly at events including the Delta Blues Festival in Greenville, the Memphis Music and Heritage Festival, and the New Orleans Jazz and Heritage Festival. In 1982 he also appeared on Mr. Rogers’ Neighborhood.

Turner’s music gained international acclaim in the 1990s, and his annual picnics, held in late August, attracted many people from outside the region. He recorded the albums Everybody Hollerin’ Goat (1998) and From Senegal to Senatobia (1999), and was featured in the Martin Scorsese-produced documentary Feel Like Going Home (2003). Scorsese also used Turner’s music on the soundtrack to the film Gangs of New York (2002).

Turner’s bands included drummers Jessie Mae Hemphill (Sid Hemphill’s granddaughter) and R.L. Boyce, as well as multiple members of his family. Turner’s daughter Bernice played drums with him and served as his manager. Several of his grandchildren played in his Rising Star Fife and Drum Band including Aubrey Turner, Andre and Rodney Evans, K.K. Freeman, and Sharde Thomas.

In an interview with the author in December 2021, Sharde Thomas recalled her relationship with her grandfather.

“I was seven when I started actually playing. I don’t really remember it, but from the videos I see I was the angel, I did no wrong to his eyes. He let me do my own thing, whatever I wanted to do playing the fife. I would ask him about it, but he just let me be me. That’s why I really wanted to play the fife, because I had the chance to be free instead of him sitting me down and teaching me how to do it his way."

“I don’t ever remember him telling me that he wanted me to play the fife. But deep down I think he wanted me to be the one. Of course, he told others that if something happened to him that I would be the one to continue the tradition, but he never just said, ‘I want you to do this.’ We never had that."

“But he would brag about me—I was the smallest grandchild, I was tiny—so he would show me off at the picnics, and let me add my little swag. In one of the videos I watched online, he was saying that he was going to let me play later that night, and I was so excited but I don’t remember that moment at all. Because you know at night there’s more people there, and everybody wants to hear the drums."

“I honestly don’t feel his presence until I’m playing around with the fife...I’ll say, ‘Hey granddaddy, what you got?’ And magic comes out...He’s playing through me. Every time I pick up the fife, Otha, he comes out.”

“I only remember him playing music during the picnic time or at practices when he was getting ready for a show. Other than that he was a hunter, he loved to go rabbit hunting, deer hunting, fishing, he was a nature guy. But mainly it was family with him. He was the man who taught the girls to be independent and do basically whatever they needed to do without depending on a man to get it done. That’s how he raised the family.”

When not performing or recording, Turner spent most of his time working on his farm, where he and his wife Ada raised five daughters. Turner continued to play music until shortly before his death in 2003. His passing did not mark the end of the tradition, as many feared might happen. Notably, Turner had started mentoring his granddaughter Sharde Thomas when she was just seven, and after he died, she took on the leadership of his Rising Star Fife and Drum Band.

Thomas first led the group during Turner’s funeral procession and became the tradition bearer at the annual Otha Turner Goat Picnics at the family farm. The band appeared at events where the Turner-led group had been a staple, and Thomas has also carried the torch on her own through solo albums and multiple collaborations with the North Mississippi Allstars. Thomas feels committed to continuing Otha Turner’s legacy.

“After he passed, that’s when I started taking it more seriously,” says Thomas. “At first I was just enjoying playing the fife with my granddaddy, but it became more of a job because I know he wanted it to continue and not die out. I felt like I owed it to him to keep the tradition going. I keep his name alive, I keep the picnic going, because that’s what I feel like he wanted."

“I honestly don’t feel his presence until I’m playing around with the fife. I’ll get my drummers to start off with a beat, and I’ll say, ‘Hey granddaddy, what you got?’ And magic comes out of the fife. He’s playing through me. Every time I pick up the fife, Otha, he comes out.” 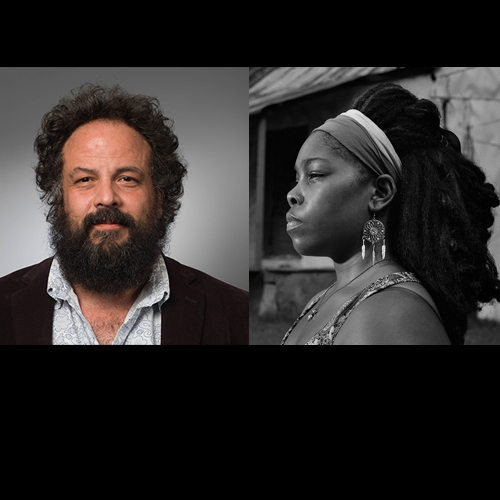 Scott Barretta, a resident of Greenwood, is a writer/researcher for the Mississippi Blues Trail and teaches sociology, including music classes, at the University of Mississippi. He is the former editor of [em]Living Blues magazine,[/em] hosts the radio show Highway 61 on Mississippi Public Broadcasting, and has written exhibits for the B.B. King Museum and the Grammy Museum Mississippi. In 2016 he received MAC’s Governor’s Arts Award.

Sharde Thomas is the lead vocalist, plays fife, and manages the Rising Stars Fife & Drum Band. Sharde released her album titled [em]What Do I Do[/em] in 2010, and released her sophomore album in 2013 titled [em]Shawty Blues[/em] with a fellowship grant from the Mississippi Arts Commission. Sharde is a member of the Recording Academy. She has worked with greats such as Eric Clapton, Mavis Staples, Cyndi Lauper, Bobby Rush, Luther Dickinson, and many others. In 2017, Sharde was featured on [em]Blues and Ballads[/em] and in 2021, she was featured on [em]Up and Rolling[/em]; both albums were nominated for a Grammy.