Eric Deaton and Kody Harrell participated in the Mississippi Arts Commission’s 2021-2022 Folk Arts Apprenticeship Program. This grants program supports the survival and continued evolution of community-based traditional art forms. During the apprenticeship, the master artist teaches specific skills, techniques and cultural knowledge to the apprentice, who is an emerging artist of the same tradition. Participants are awarded $2,000 to assist with the teaching fees for the master artist and other expenses such as travel costs and supplies. To learn more about the program, click here.

Hill Country blues–alternatively known as North Mississippi blues–is a subgenre of country blues that is distinct from Mississippi Delta blues. Centered within the region surrounding Oxford and Holly Springs, Hill Country blues is defined by minimal chord changes, percussive motifs, and a driving rhythm or groove. R.L. Burnside and Junior Kimbrough, who both began recording in the 1960s, became champions of the style. Both the Burnside and Kimbrough families are considered to be stewards of the musical style and have mentored their share of musicians, including Eric Deaton, who has been playing within the tradition for nearly thirty years.

“He practices it every day and the next time I see him, he has it down. With Kody, he’s always going to another level and it is
inspiring to see.”

While teaching at a guitar workshop, Deaton met Kody Harrell–an aspiring Hill Country musician. Deaton invited Harrell to sit in on a few of his shows and play bass. Impressed by Deaton’s playing style and approach to teaching, Harrell suggested the two participate in the Folk Arts Apprenticeship program together.

Picking up the guitar at thirteen, North Carolina native Eric Deaton was initially interested in listening and learning to play along with artists such as Elvis and Chuck Berry. When going through records and cassette tapes, he found himself drawn to the liner notes. Deaton wanted to know who wrote the lyrics, who composed the music, if the artist sampled any part of the song from another musician, and so on. He began to notice that a lot of his favorite songs by his favorite bands were not actually written by them, but–as he later came to find out–blues musicians.

Soon after getting his guitar teacher to help him learn how to play the blues, he saw folklorist Alan Lomax’s The Land Where the Blues Began on PBS. This program introduced him to Hill Country blues, and he immediately became enamored with the sound. Seeing that there were living practitioners of the tradition in Mississippi, Deaton decided he would move to the area after graduating high school with the hopes of learning from the masters.

Deaton eventually saw himself being welcomed by the Burnside and Kimbrough families. Every Sunday night, he would sit in with R.L. Burnside and the Kimbroughs at Junior Kimbrough’s juke joint. Deaton served as a bass player for the juke joint in the last three years of Junior Kimbrough’s life. He considers the time he spent around these families and being immersed within this space to be his “main apprenticeship”.

Deaton says that he is thankful for this experience–moving to Mississippi and working with the Hill Country masters. Although he says he would have pursued learning this music to the best of his ability if he never left North Carolina, he believes there is a “huge difference in what [he] got personally being out at Junior’s juke joint every Sunday night” and having the opportunity to learn in public. He says the following:

Playing with those guys, in person, being surrounded by that music, being in front of a live crowd. Basically, my education happened in front of people. I didn’t spend a lot of time with those guys just sitting at their house learning from them but on stage in front of people. There’s so much that you absorb as a musician from that in-person, ensemble experience that I would have no way gotten without playing with the Kimbroughs and Burnsides in person. The progress that I got in those years was huge and there’s no way I would have gotten where I am today without that.

While this is Deaton’s first official apprentice, he has taken on plenty of his own students in the past with hopes of passing on this tradition.

Kody Harrell was first exposed to Hill Country blues at the Shed BBQ in Southern Mississippi. The restaurant regularly invited the Burnside grandchildren to perform for a local crowd. While he was interested in the sound, he did not pursue playing in this style until years later. He re-encountered Hill Country blues at performances in the Oxford area while attending college. The North Mississippi Allstars would regularly play Burnside and Kimbrough covers around town, and Harrell realized he wanted the ability to play just like those guys.

Over the next two years, Harrell’s interest in the music grew, and by 2015, he was regularly playing in the bands of Duwayne Burnside and Garry Burnside. During one of these performances, Harrell managed to impress R.L. Boyce, a musical protege of R. L. Burnside and Mississippi Fred McDowell. Harrell later entered his first apprenticeship with Boyce for the 2021 Folk Arts Apprenticeship program. The following year, Harrell decided to begin another apprenticeship with Eric Deaton to further his skills as a Hill Country blues guitarist.

“...learning those songs through Eric is almost like the next closest thing from learning it from R.L. Burnside or Junior Kimbrough.”

At each meeting, Deaton encouraged Harrell to come in with a specific song or artist he had in mind. Deaton would then go over the specific techniques and skills Harrell felt he may have been lacking. A specific area Harrell wanted to focus on during their time together was alternate guitar tuning (cross note tuning in Hill Country terms) that make up the Hill Country sound. Cross note tuning involves the guitarist tuning the guitar to an open minor chord.

Deaton was incredibly impressed with Harrell as a student and apprentice. Particularly in his ability to quickly learn new material and techniques. “He’s not going to absorb what I teach him in a lesson and forget it two days later,” says Deaton, “He practices it every day and the next time I see him, he has it down. With Kody, he’s always going to another level and it is inspiring to see.”

Harrell feels extremely fortunate to have had the opportunity to work with Deaton, as well. While he initially practiced playing the Hill Country style with Hill Country musicians during performances and on his own through YouTube videos, Harrell believes that “learning those songs through Eric is almost like the next closest thing from learning it from R.L. Burnside or Junior Kimbrough.”

Receiving a great deal of knowledge from Deaton, Harrell hopes to further establish his own Hill Country band, Proud Hound. He also hopes to eventually teach others the tradition as he continues to be accepted by and play with the Hill Country blues families.

When asked why passing this tradition along to others is important to him, Deaton takes a beat before saying the following:

This music is my life. It took over my life when I was in high school and has been the focus of my entire adult life. So, these Hill Country masters like Kimbrough and Burnside, only a small group of people have only learned from these guys directly. There’s a lineage of [Hill Country musicians] going back further than we can document. So to me teaching this to Kody makes him a part of this lineage. Kody learned directly from me, who learned it directly from them, who learned it directly from their mentors and ancestors…there really is something to these direct lineages for musicians that you won’t get any other way.

Both musicians look forward to the possibility of booking a show together soon and continuing to learn from and play with one another. 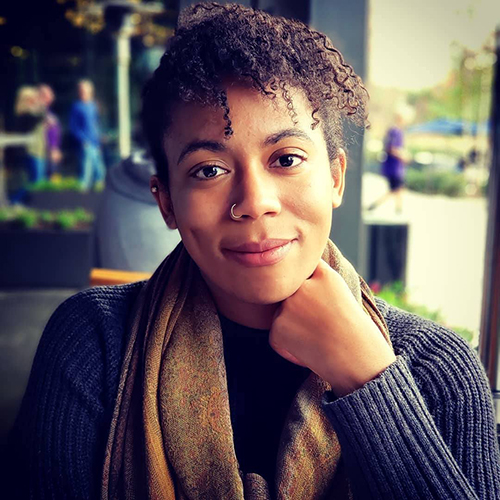 Kennedi Johnson is a Ph.D. candidate in Ethnomusicology with a Ph.D. minor in African American and African Diaspora Studies at Indiana University, Bloomington. Her current research centers around the ways in which race and gender are perceived sonically in the United States. More specifically, she looks at how the (mis)hearings of Black girls as sassy, angry, or disrespectful impede their learning in the U.S. school system. She has worked for the American Folklife Center, the Center for Traditional Music and Dance, and the Atlanta History Center.