In 1994, Elder Roma Wilson, a tireless 83-year-old itinerant preacher, gospel singer, and harmonica virtuoso, was honored with a National Heritage Fellowship award. It came with a $10,000 stipend and a trip to Washington, D.C., to receive the award from First Lady Hillary Clinton.

Roma Wilson was born on December 22, 1910 on a farm near Hickory Flat, Mississippi. He was the ninth of ten children. His father tried to eke out a living for his family by sharecropping on the poor red hills of Union County and working in sawmills. Though the work was rigorous, people managed to lighten the load with music. “Back at that time, you know, people would just sing, religious songs anyway, out in the fields. Like I used to play harmonica out in the fields when I was working. Cotton patch and the corn patch. Take my harmonica in my pocket and go up and down the rows blowing it.” 1 One song Wilson remembers his mother singing was “You Just Well to Get Ready,” which he adapted and recorded years later. 2

Roma came from a musically talented family. He recalled his father would “just sit out [on the porch] and blow after he’d come in from work. He’d get that old harmonica and start blowing. So we’d all sit around and we’d listen…And first thing you know there’d just be a crowd around the porch when he’d be blowing.” 3 Seeing how the harmonica could attract a crowd may have influenced Roma’s older brothers to buy their own harmonicas in the nearby town of New Albany, but they wouldn’t share with him until the instruments were almost worn out. “Well, then, I begin to kind of feel around and find the good notes. And then I learned…where to get my sounds at…And then after [that] I got old enough to work a little bit and buy me a harmonica…Sometime I’d work a whole day for 50 cents just to buy me a harmonica.” 4

Wilson recognized there were at least two ways of playing the harmonica: blowing, which he associated with his father, and choking, which he learned from a couple of older people in the neighborhood. Here is a clip of him demonstrating both styles. 5 The blowing style emphasizes major keys in the familiar do-re-mi scale, while the choking style favors minor keys using a scale with a flatted third and seventh.

Wilson was far more than just a harmonica player. His strong and flexible high baritone voice and his unfailing rhythm and quick mind made him well suited to gospel preaching and singing. In this clip he riffs on St. Paul’s assertion that Jesus would come again “like a thief in the night.” By substituting Death for Jesus he appeals to every person’s firsthand experience with loss. 6

Growing up Black in rural Mississippi meant hard work and little schooling. “We had to go into the fields in March, cutting ditch banks or cutting sprouts, or getting ready for the plow,” explained Wilson. “And we'd have to work in the field then until–oh, I don't know–after cotton picking time…We’d go to school then in November, and in March we had to start right back in the field again.” The schools he had to walk to were one room frame buildings with one teacher and 40 or 50 students gathered around a wood-fired stove to keep warm in the damp and cold Mississippi winter. Roma caught some good fortune when at 16 he went to live with a retired schoolteacher and her husband. “She would make me study my books, and she just took me up and taught me. And that's how I obtained what learning I have now from books. And so since that time…I just continued studying.” He believed he “made a good seventh or eighth grade.” 7

His strong and flexible high baritone voice and his unfailing rhythm and quick mind made him well suited to gospel preaching and singing.

The most important event in Roma Wilson’s life came when he was called to preach. He described it as an anointing and a feeling. “That feeling'll come over you and seem like you can just share something speaking in you, you know.” He wasn’t sure that his calling to preach was real, so he asked God to bring back that same feeling to him. “He [God] would send that same anointing,” said Wilson, “and I’d catch myself out to myself preaching…So the first sermon I preached, they said I preached like I’d been preaching for years.” He was 17 years old. 8

At that time a lot of preaching was done in temporary structures, especially in summertime. “We used to build what they called a bush harbor [also known as brush arbor, or hush harbor].” Poles were cut and set in the ground, and a latticework roof was laid atop and covered with freshly cut brush. It would house pews made of planks across blocks, “and we would get under, out of the sun…People just loved to come…People would get saved under those bush harbors.” 9

He married his first wife, Birdie, when he was 19 and began to raise a large family. He described himself as a “working preacher,” because he didn’t want to be beholden to a congregation or a denomination for his living. “I don’t want my biscuit in your pocket, ’cause you can take it away from me when you get ready. I make my own biscuit, ’cause I work for myself.” 10

Thus began a long career of working, preaching, singing, and harmonica playing. Looking for a living wage carried him from farming and railroading in Mississippi and Arkansas to factory and construction work in Muskegon and Detroit, Michigan, and he always carried with him his commitment to the Lord and his music. He never played professionally or recorded, but in Detroit, he and three of his sons would busk on the streets for tips. “And the people would give us good money. We didn’t ask for anything. Just had a cigar box wired to the amplifier. Had a hole cut in the lid and people would put money in it. Sometimes on a Saturday, we would gain $300 or more in a couple of hours. That’s true!” 11

When Roma’s wife died in 1976, “and my children were all grown, I came back here to Mississippi where I was raised up.” 12 He soon married a widow, Esther Ruth McCoy, whom he had met years before when he first started preaching. He also reconnected with Leon Pinson, a blind singer and guitarist he had known first in New Albany and who joined him and his family in playing and singing in Arkansas. Pinson had become a radio personality in Cleveland, Mississippi, playing and singing live gospel music. There community scholar, Worth Long, 13 took an interest in him. As Pinson later recalled, “I been going around with Worth ever since '74. I went up in Washington, D.C. to the Smithsonian, you know, Festival up there. Out on the Mall. And I played up there '74, 5, and 6. Three years straight I went up there.” 14

When Pinson returned to New Albany in 1989, he got together with Wilson and they recorded some tracks on cassette tapes. When Long heard the session he began to book the pair of them at concert venues and festivals, paying gigs that took them around Mississippi and as far as Florida, Chicago, and New Orleans. In 1991, they played together in The Deep South Musical Roots Tour that brought their music back home to grass roots venues, such as the high school gymnasium in Port Gibson, Mississippi, where Wilson fired up a new generation of Black students with his version of the classic song, “This Train.” 15

After receiving his National Heritage Award in 1997, Elder Roma Wilson continued to play, sing, and preach in Mississippi until moving back to Detroit to reunite with his son, David, pastor of Blessed Redeemer Church of the Living God. One of Elder Wilson’s verses to his song, “Ain’t It A Shame,” echoed the name of the church:

People are quitting the churches.
Some say God is dead.
My God cannot die.
The people out of their head.
Ain't it a shame. 16

Elder Roma Wilson passed away on October 25, 2018, at the age of 107. For a beautifully produced online tribute by Detroit journalist Donna Terek, follow this link: https://vimeo.com/139518839. 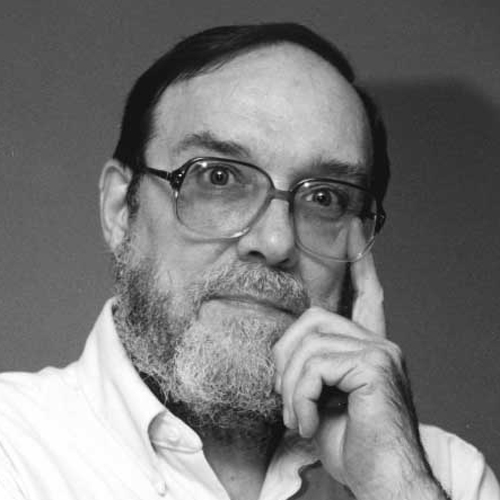 [strong]David Crosby[/strong], emeritus professor, taught English and communications at Alcorn State University for 26 years. He has delivered papers at scholarly forums in London, Paris, Rome, and Port Gibson and published articles in journals on literature, theater, folklore, oral history, and quilting. He has directed the renowned Peanut Butter & Jelly Theater, acted at the Vicksburg Theater Guild, and sung in the chorus of the Mississippi Opera.