They call me Mississippi Rose, or some folks call me Delta Rose.

When Rosalind Wilcox plays, she usually wears black—a thick-brimmed hat of some variety, jeans, cowboy boots, all black—except for her lipstick, which is always a vibrant shade of red or pink. And, she keeps her sunglasses close, whether she is humming in the shadows of Red’s Lounge, playing percussion under the string lights of Ground Zero Blues Club, or clutching her guitar beneath the pale-pink evening sky on the Delta Blues Museum Stage.

Today, though, she wears a bright red blazer, a necklace of heavy turquoise stones, and a soft smile. We are sitting at a popular Mexican restaurant in Clarksdale, a town in the northern part of the Mississippi Delta best known for being the “birthplace of the blues.”

As we talk, her voice cuts sharply through the flat murmur of the restaurant’s evening crowd, revealing a story, and life, of funky contrasts.

“I lived [in Chicago] until I was 14, then bounced around a little—Iowa and then Kansas,”

She interrupts herself with a laugh, then continues.

Rosalind is one of thousands of black Mississippians who, since 1965, have left segregated and deindustrializing cities in the Northeast and Midwest, cities like Chicago, and ventured back “home.”

On one hand, her move—she calls it a “return”—to Mississippi from Chicago is common. Rosalind is one of thousands of black Mississippians who, since 1965, have left segregated and deindustrializing cities in the Northeast and Midwest, cities like Chicago, and ventured (back) “home,” as it were. On the other hand, her twenty-plus years in Mississippi have followed a path and beat all their own—contrasts.

“I’ve been all over the place. I was in Brookhaven (Mississippi), teaching at the Mississippi School of the Arts.”

She stops to profile her educational and training background, which includes a BA in Art Education from St. Ambrose University in Davenport, Iowa; an MA in Art Therapy from the Art Institute of Chicago; and an MFA from the University of Mississippi. She has certifications as a registered art therapist and educator, and she is the former owner and curator of an art gallery in Clarksdale. Currently, she serves as chair of the Fine Arts Department at Coahoma Community College where she teaches courses on art history, design and any variety of studio techniques, from still life drawing to water color and three-dimensional clay portraiture.

“I came to Clarksdale after Katrina,”

“My house (in Brookhaven) got wrecked, and I said to myself, ‘if I’m in Mississippi, I’ve got licensure for K-12 (secondary education), and I’ve got two Master’s degrees. Where do I want to be? And, I just said, let me check out Clarksdale. Why? The blues. I’m a blues musician.”

“Blues!” I repeat almost instantaneously, a response born more from fascination than surprise.

“Mississippi Rosalee,” she calls her stage name, matching my excitement with knowing confidence.

Rosalind pauses, her attention caught by a fleeting thought.

She shuffles through a list of local and regional favorites.

Indeed, Rosalind is one of a small handful of black blueswomen playing Mississippi’s “Blues Circuit,” a series of festivals and shows between the Delta towns of Clarksdale, Cleveland, and Greenville.

“Folks funny. They call blues the devil’s music and all that stuff. But, I’m not that girl. I tell ‘em, if you listen, you’ll hear all of the diaspora in that percussive sound, in that guitar.”

We are now standing in a short line at The Rice Bowl, a dive restaurant in Clarksdale, a few weeks removed from our earlier conversation about her biography and educational background.

“What’s good (to eat) here?” I ask, surveying the menu, displayed on a dingy-white placard covering the top half of a towering plate glass window. The glass stretches down to a narrow countertop and an opening that reveals a cramped kitchen where the restaurant’s owner and two cooks scramble about, turning nobs, spooning large portions of rice into white styrofoam to-go boxes, and scribbling illegible writing onto crumpled sheets of paper.

“if I would’ve seen his butt, I’d’of brought him over here.”

She assures me that I cannot go wrong with my order.

“This is one of the places I would’ve brought him because, for one, you’re in a Asian spot in Mississippi—in the... Delta of all the places—and it’s as good as Chicago.”

After placing our order and taking a seat in the dining area, I circle back to a question from our earlier conversation. “You do a lot with Hill Country (blues). You play it. You mentioned L.C. Ulmer, the original bluesman L.C. Ulmer. Tell me about Hill Country.”

“I grew up in the Pentecostal church,”

She begins then pauses, holding her mouth agape as her eyes freeze on a distant spot just over my shoulder,

“and when you come up like I did, in that Pentecostal world, you were really coming up with the blues, especially that Hill County sound, you know.”

“Hill Country…is different from other blues! It’s got that deep percussive sound, and I love it!”

This is Mississippi Rose, and we go’n’ go to church now, y’all

She becomes preoccupied with her own thoughts, seemingly forgetting for a moment that I am there.

“And, you say it sounds like church, like Pentecost—” I begin, but she quickly cuts me off.

“Oh my gosh! Oh my goodness. The Pentecostal church is all up in there! It’s very distinct.”

and continues with her description.

“And, we say it on stage, ‘This is Mississippi Rose, and we go’n’ go to church now, y’all. Got my tambourines!"

With that, she revisits the humming bassline, this time stomping and clapping a faster-paced beat.

“And, you got all that rolled up in (hill country blues),”

“and people can’t help but dance. It’ll make you come up out of your wheel chair…out your hospital bed…out the casket, out whatever you in…if you listen.”

Rosalind’s art and music catalog is robust. It requires no qualifiers, no filler or pretenses. Her students at Coahoma Community College are recognized routinely at art competitions throughout the region, she was commissioned to create a mural depicting the Marks, Mississippi “Mule Train” on the side of the Marks Mule Train Market in Quitman County, and she is well known throughout the Delta for her percussion and guitar expertise. Yet, what makes Rosalind and her work remarkable—magical even—is that she has done it all while overcoming severe vision impairment.

She informs me, her tone as matter-of-fact as it was when she shaded Anthony Bourdain, told me her stage name, and stated her preference for chicken over beef tamales. She has dealt with vision problems for more than thirty years now, her difficulties one of the debilitating symptoms of Stargardt’s Disease.

“I see lots of dots, and things wiggle around. The doctor basically told me, ‘You’re gonna have a cane, and you’re probably gonna have a dog.’”

“Has it been difficult? Has it become tougher?” I ask.

She rests back into her seat and laughs lightly.

“And, your music—” I begin a question, but stop myself as the crease of her lips opens to reveal a wide smile. She takes a short breath.

She repeats herself, calmly, assuredly. 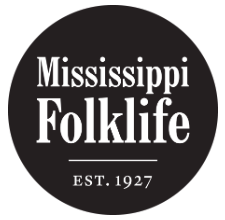 Brian Foster is a writer and scholar of race and/in the rural American South—and an Assistant Professor of Sociology and Southern Studies at the University of Mississippi. His work draws both on his formal training in sociology (University of North Carolina at Chapel Hill) and from methodological and theoretical paradigms in history, historical and cultural geography, and cultural studies. Currently, his work focuses on post-Soul (post-1960’s) black life in the Mississippi Delta.